PERNILLE HARDER believes clubs that spend money on the best talent in women’s football are good for the growth of the sport.

And the midfield star is backing Lauren James and the Blues’ summer signings to make their mark with the side chasing WSL and Champions League titles.

It’s been just over two years since Harder, 29, made headlines after his world-record move to WSL champions Wolfsburg for around £300,000.

The Denmark captain, whose side face West Ham in a season-opening duel at Stamford Bridge on Sunday, has won a string of trophies with the Blues.

The triumphs include two successive league titles and two FA Cups with the player scoring 15 goals in 38 top appearances.

This summer, the world transfer record was broken with Manchester City reportedly agreeing to sell Keira Walsh to Barcelona.

And Chelsea have been heavily linked with a move for Paris Saint-Germain star Grace Geyoro with the Blues claiming to have had a record bid of over £425,000 rejected.

On Tuesday this week, Harder told reporters: “I think it’s good for women’s football to roll the money.

“You could say it like that, but it shows that it continues to develop.

“It’s a good development for women’s football, that players don’t have to play their contracts, but they can actually be sold and clubs can get something out of players.

“I’m glad it keeps going up. I wanted to start something new in women’s football.”

Harder added: “All the new signings we have (for) this season and this year have been really good.

“I already feel the improvement in training and I’m really excited for the start of the season and to see how we will be.

“Kadeisha has a lot of Champions League experience and has been part of a top team throughout her playing career.

“I played against her a lot when she was playing at Lyon. She has a lot of quality, is really calm with the ball and also very good in defence.

The contest ended in a defeat in pens for the Blues against the French giants, followed by a victory against the NWSL club of Portland.

Among the players who have shone for Emma Hayes’ side is striker Lauren James with the England starlet scoring against Lyon in August with Sam Kerr.

Since then, James won her first senior international cap as a substitute for the Lionesses in their 2-0 loss to Austria in World Cup qualifying. 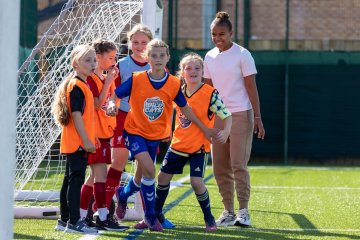 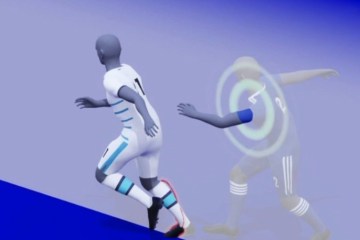 And Harder hopes the striker will impress for Chelsea this season.

The WSL ace said: “She had a great pre-season. She’s a very good player, still young, but I think in time she will become a great player for England.

“I hope she can be even more involved this season because she is fit now, she has no injuries.”

This season, which will be Emma Hayes’ tenth year in charge, will see Chelsea chasing a quadruple trophy with the side chasing a maiden Champions League title.

The term also coincides with the start of a government-backed review of women’s football in England led by former Blues striker Karen Carney.

The financial health, growth and commercialization of the sport are among the issues to be explored.

And Harder is open to the idea of ​​a review of the progress of women’s football in Denmark.

The Blues star added: “I would love it in Denmark because I think we can improve some things there.

“When I see everything that is happening here in England and also in other countries, I think it is important for us in Denmark to continue to develop and not to feel okay with the situation, because then we will fall behind.”